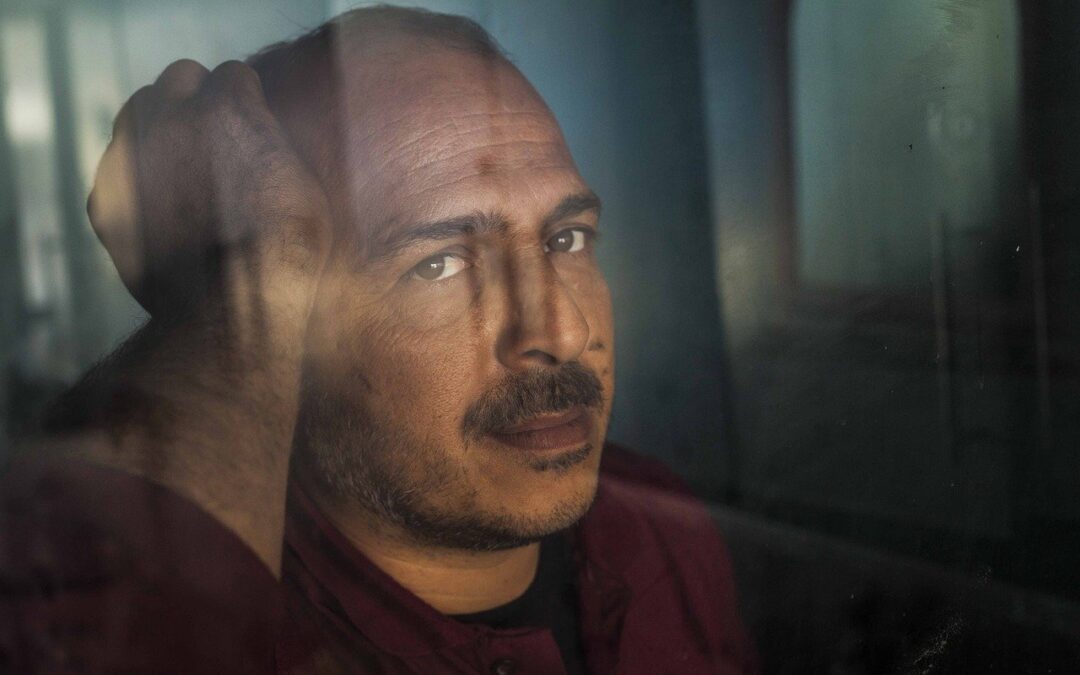 Dear Healthy Men: About three months ago, I became a new dad. I was super excited during the pregnancy, but ever since we brought the baby home, I’ve been in a funk. I’m tired, irritable, short tempered, and I’m just not enjoying fatherhood. Is there something wrong with me? A friend jokingly suggested that I might have postpartum depression. Is that a thing for guys?

A: Absolutely. Although postpartum depression (PPD) in women is widely acknowledged and studied, researchers have only recently admitted what plenty of new dads already knew: it affects men too—in fact, as many as one in four new dads experience the kinds of symptoms you mentioned (plus others, which I’ll discuss below) in the days, weeks, and even months after the birth of a child. Unfortunately, men rarely discuss their feelings or ask for help, especially during a time when they’re supposed to “be there” for the new mom.

One big problem is that men and women express depression differently. Women tend to get tearful and sad; men get angry or withdraw from their family and retreat to the office. Because depression—including the postpartum kind—is usually seen as affecting women more than men, many mental health professionals don’t recognize the symptoms, or write them off as normal adjustment to the challenges of new parenthood. The same level of ignorance applies to non-mental-health professionals. In one recent study, Viren Swami and his colleagues gave ordinary folks case studies of a man and a woman, both displaying signs of postpartum depression. Ninety-seven percent of participants said there was clearly something wrong with the woman, while only 75 percent said the same about the man. And of those who identified a problem, 90 percent correctly described the woman as suffering from PPD, while only 46 percent said that the man was. Whether it’s a mom or a dad, if the symptoms aren’t recognized, there’s no possibility of treatment, which explains why so many fathers are still showing signs of depression nine months after the baby arrives. And, of course, the fact that the whole not-asking-for-help thing just makes it worse.

The symptoms usually crop up a week or two after the birth and can include feelings of stress, irritability, or discouragement; difficulty making decisions; aversion to hearing the baby cry; resentment of the baby and all the attention he gets; exhaustion; and disappointment with or guilt about how you’re doing as a new dad. There’s been a lot of research on the negative effects of new mothers’ depression on their baby. Research on the effects of dads’ depression is sparse, but what there is doesn’t paint a very pretty picture. As you might expect, depressed new dads have trouble bonding with their baby. And children whose dads suffered from postpartum depression are about twice as likely to have behavioral, emotional, and social problems, as well as delays in language acquisition than kids whose dads weren’t depressed.

While no one knows exactly what causes postpartum depression, some groups of men are more susceptible than others. The clearest risk factors are a partner who is depressed herself or has a personal history of depression. Other factors include financial problems, a poor relationship with your partner or parents, being unmarried, or a pregnancy that had been unplanned or unwanted. Postpartum depression doesn’t discriminate based on socioeconomic level or ethnicity. It typically affects first-time parents, but can occur after subsequent births even if there were no symptoms after the first child.

Understand that postpartum depression is not a sign of weakness. It doesn’t make you a bad dad or mean that you don’t love your child. It’s a recognized medical condition that affects hundreds of thousands of fathers, and you shouldn’t have to suffer when treatment is available. If you aren’t sure, postpartummen.com offers an anonymous survey that can clarify the issues, and a listing of good resources for getting help. Whatever you do, don’t sweep your feelings under the rug. Depression—regardless of what triggers it—is nothing to be ashamed of, and getting treatment is important. Don’t let depression rob you of the joys a new baby brings, ruin your relationships, or destroy your family.

Image by Talip Özer from Pixabay